The philanthropy news you need to stay up to date, delivered daily in a must-read newsletter.

30 Jewish teens will receive gap-year subsidies of at least $10,000 next year 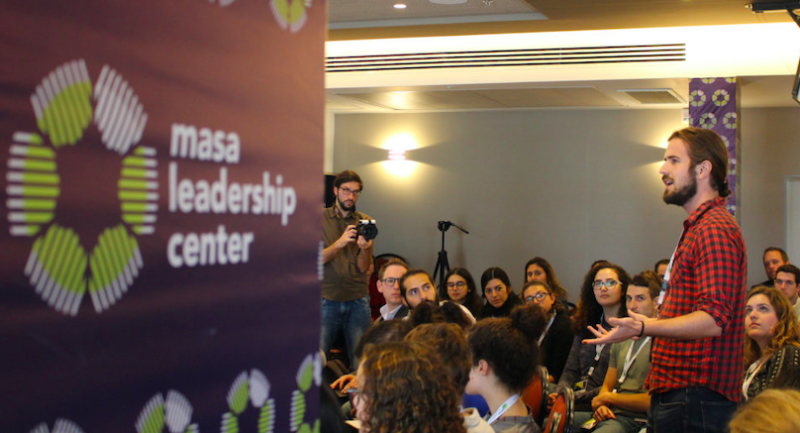 As the number of American students in Israel on gap-year programs between high school and college began to jump during the pandemic, an Atlanta foundation was taking careful note.

Now, the Zalik Family Foundation and the Jewish Federation of Greater Atlanta are trying to sustain that “COVID bump” by making the gap-year experience more affordable.

“It’s basically a fifth year of college,” said Kelly Cohen, until recently the director of JumpSpark, the Atlanta federation’s center for teen programming.

Religiously observant communities in North America have long made a practice of sending high school graduates to spend a year studying at a yeshiva or seminary, but the practice was less common outside them, said Sheryl Korelitz, director of gap-year recruitment at Masa Israel Journey, which supports providers of long-term Israel trips for people ages 18-30 and is funded by the government of Israel and the Jewish Agency. In the 2019-2020 academic year, about 3,000 North American teens studied in religious settings, while 634 participated in other kinds of programs, such as the Young Judaea Year Course, which offers classroom study and volunteer experience, or the Nativ Leadership Program, offered by the Conservative movement.

Familiarity with the concept extended beyond the relatively small group of families that participated, however, said Korelitz, who was working at the time as a guidance counselor for Farber Hebrew Day School-Yeshivat Akiva in Southfield, Mich. When incoming freshmen realized last spring that they would be starting their college careers on Zoom, the idea of spending the year in Israel instead started to gain broader appeal.

“People started scrambling,” she said, and the number of students from North America participating in the 30 non-religious gap-year programs Masa offers jumped by about 40%, to 1,100.

The pandemic limited the experience in some ways, Korelitz said. Groups of students had to quarantine upon entering Israel, and couldn’t travel freely throughout the country. Sites of cultural and historic interest were closed. However, many of the students became involved in anti-COVID volunteer work, such as putting together vaccination packets, which they found meaningful, she added.

The Jewish Community Response and Impact Fund (JCRIF), formed in the early days of the pandemic, responded to the opportunity to help those families and nurture their relationship to Israel by creating the JCRIF Gap Year in Israel Stimulus Fund, which gave funding to gap-year programs and scholarships to participants.

Inspired by JCRIF, the Zalik family came to JumpSpark with the idea of creating a local Atlanta program that would be easy to replicate in other communities, Cohen said.

Helen and David Zalik, the foundation’s principals, similarly said they wanted to harness the impact of the pandemic to create more enthusiasm for the gap-year experience, which they had long believed makes a lasting impact on students’ lives, enhances their readiness for college and will also improve Israel’s image on campus.

“If successful in Atlanta, we hope to help expand this model to other communities,” they said in an email.

In 2019, 12 students from the area participated in gap-year programs; during the pandemic, that number rose to 19, Cohen said.

To grow it further, JumpSpark did research through an internet survey and follow-up phone calls to families who tended to send their children straight to college, and asked them what they thought about the possibility of a year in Israel after high school.

“It wasn’t on their radar,” Cohen said. “There’s this hyper-focus on college admissions. Everything is about building your brand and your resume and going to school right away. But we knew we could disrupt that.”

JumpSpark also asked how much financial support was necessary to make the experience a fiscal possibility, and found that $10,000 was the right-sized subsidy. A gap year costs between $14,000 and $25,000, said Korelitz. Many federations give scholarships or subsidies for gap years, but the Zalik Family Foundation’s is the biggest, she added.

The foundation agreed to fund 30 subsidies; if a student agrees to add a service component, the subsidy rises to $15,000.

JumpSpark will apply to the Zalik Family Foundation to renew the grant, and now the question is whether the program will be taken up by funders in other cities, Cohen said.

“Because of the size of Atlanta we’re very much right-sized to do a pilot,” she said. “This work is replicable, but you have to have funding behind it.”

This article was originally published in eJewishPhilanthopy. Alexa Freedman and Julia Harris, Strong Women Fellows, co-authored this article originally published in VOXATL. As anyone who struggles with mental illness knows, it is hard to love your brain and appreciate your mind, when you...
Continue Reading 30 Jewish teens will receive gap-year subsidies of at least $10,000 next year As the number of American students in Israel on gap-year programs between high school and college began to jump during the pandemic,...
Continue Reading When compiling the list, we enjoyed learning more about each other’s cultures and we hope you enjoy reading our list of pop culture phrases too! This list has been compiled by our April Amplifying Israel...
Continue Reading

‘Who Knows One?’ sees its post-pandemic life in fundraising — and maybe matchmaking The pandemic’s restrictions on social life have inspired new ways of connecting, from virtual birthday parties to Zoom speed-dating to digital simchas....
Continue Reading A Little Taste Of Life: How Tradition Kitchens Changed Atlanta For The Better A Day in the Life of Virtual School in America

The 2020-2021 school year has not been the easiest for anyone. Around the world, students have had to adapt to learning virtually. Many students have yet to go back to their school building since March...
Continue Reading
View all Stories